This is a 27 piece set representing the classic British Movie Zulu. Starring Stanley Baker and Michael Caine it tells the story of the heroic defence of Rourke's Drift by a hundred British Soldiers facing an army of 4000 Zulus. All the characters are represented and their story is told on the reverse of each card.

A 45 card storyboard set is also available as follows: 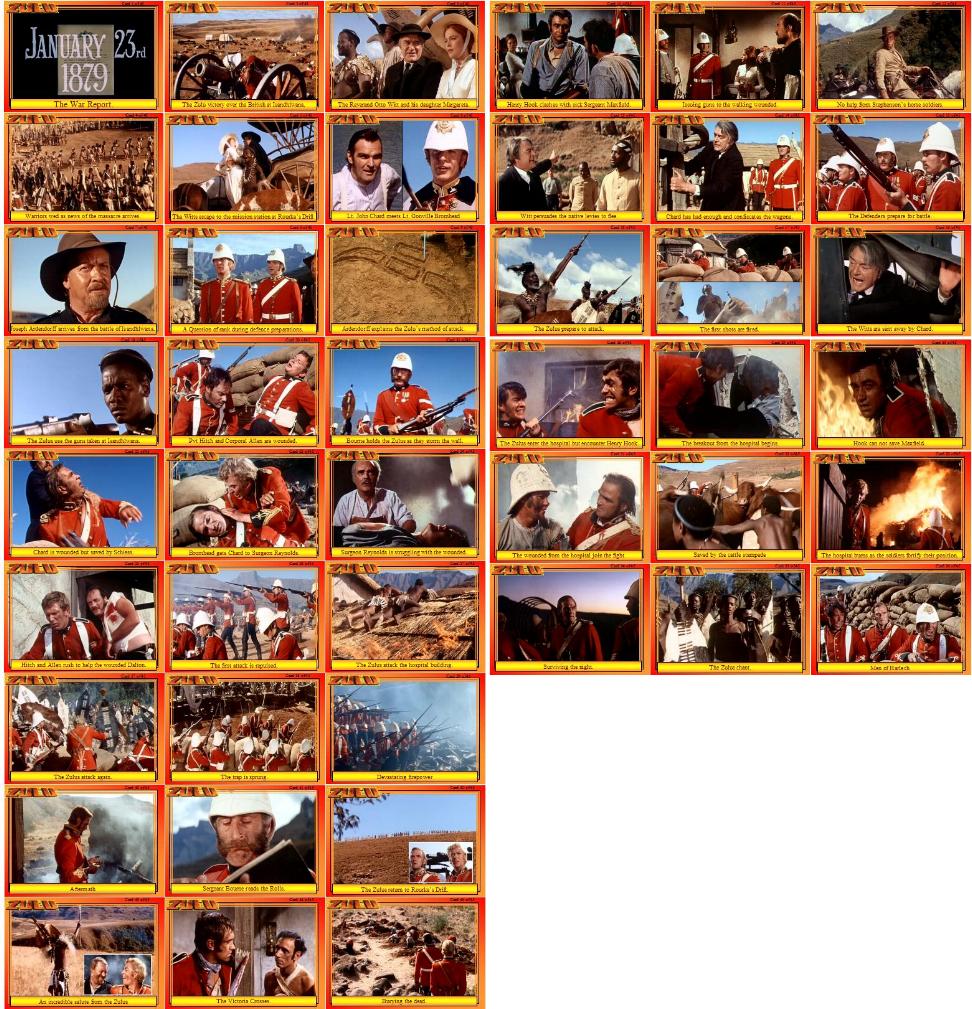 Sets for the 1979 Zulu Dawn movie can be found further down the page. 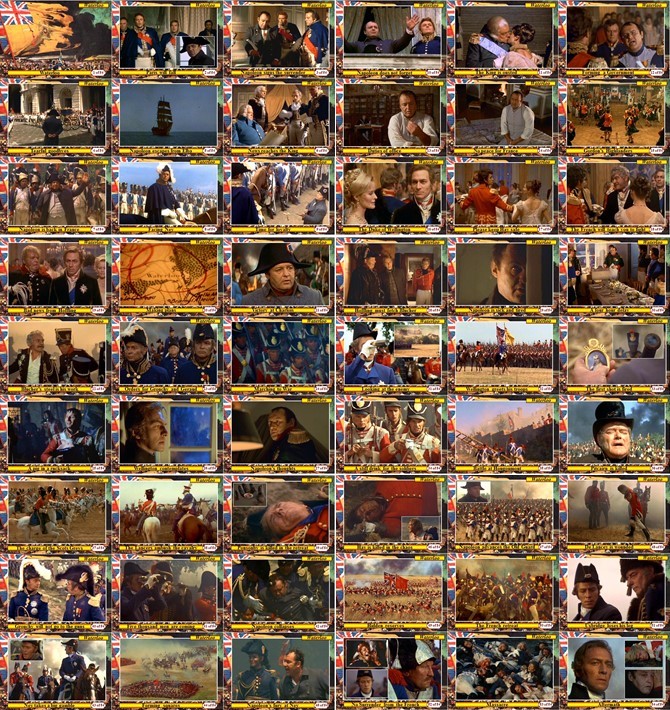 Classic movie starring Christopher Plummer as Wellington and Rod Steiger as Napoleon leading two vast armies facing each other on the battlefield of Waterloo in 1815. The victor will determine the future of Europe once and for all. The story of the movie as well as some historical facts can be found on the reverse of each card.

An 18 card character set is also available as below: 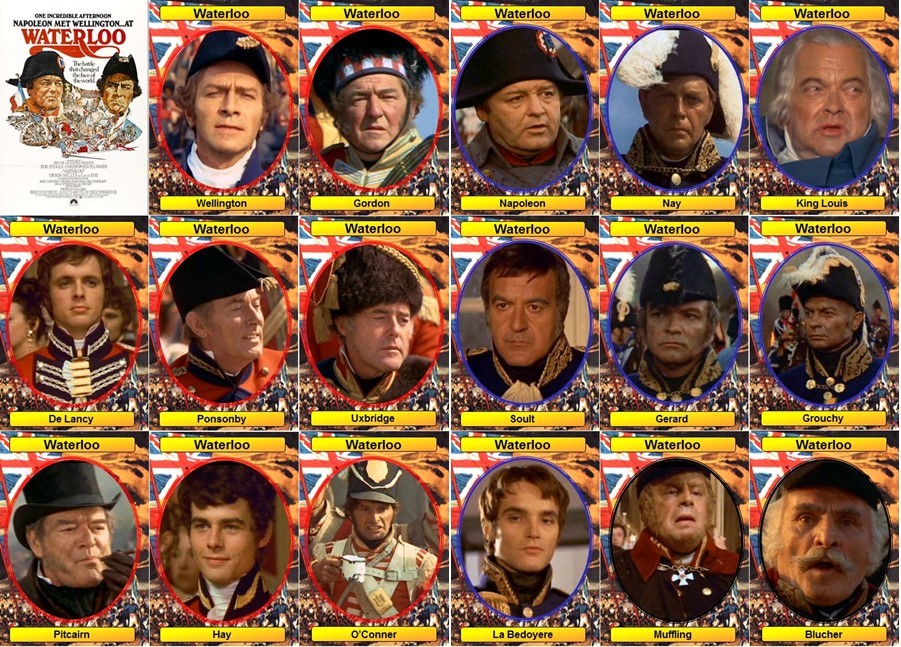 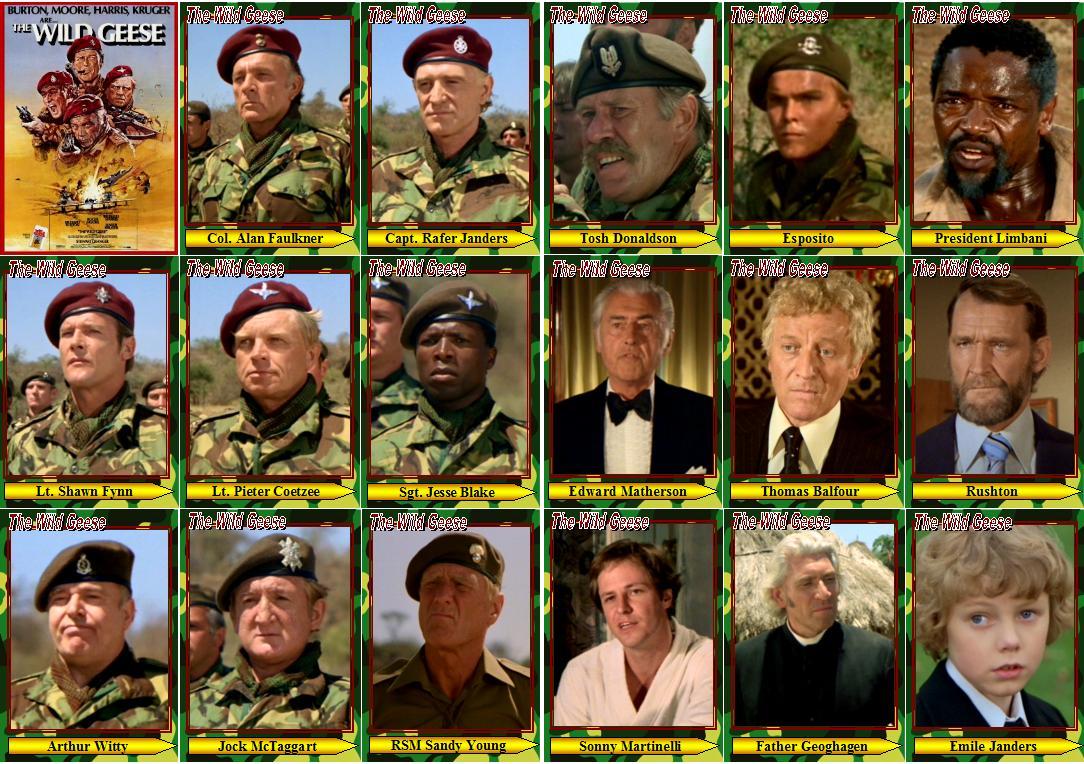 Starring Richard Burton, Richard Harris, Roger Moore, Hardy Kruger, Stewart Granger and Winston Ntshona The Wild Geese tells the story of a crack team of mercenaries sent into Africa to rescue a deposed president. They do not know that back in London they have been double crossed and are left stranded. All the characters are represented and their story is told on the reverse of each card.

A 54 card storyboard set is also available as follows: 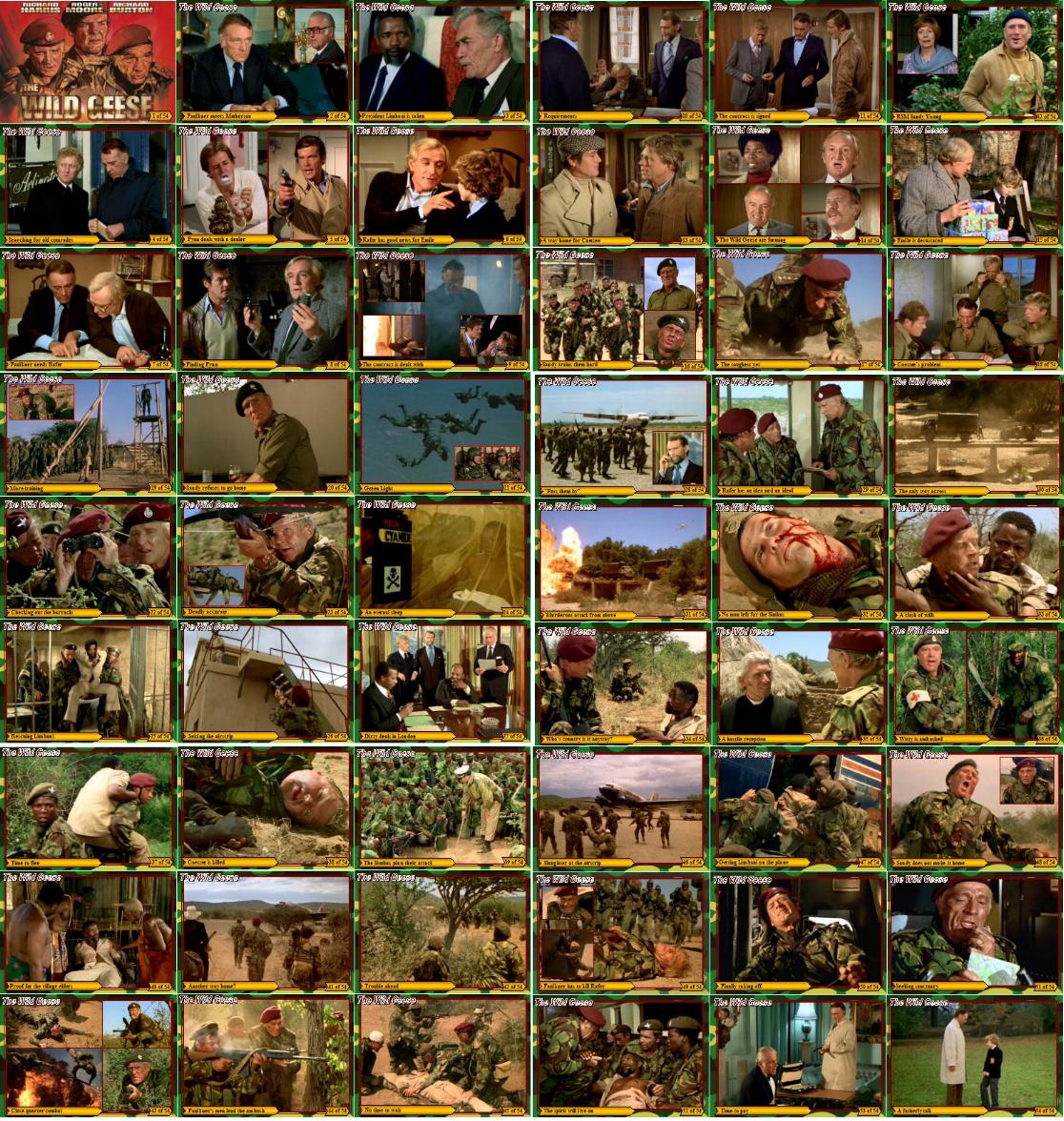 This is a 27 piece set representing the movie Zulu Dawn starring Peter O'Toole, Burt Lancaster, Sir john Mills and Bob Hoskins. These cards cover the events that led to the battle at Isandhlwana before the battle at Rourke's Drift as seen in the movie Zulu.  All the characters are represented as well as some historical information.

A 45 card storyboard set is also available as follows:

Chris Taylor (Charlie Sheen) is a rich college boy who volunteers to fight in the jungles of Vietnam. His life means nothing to the unit he joins, a group of men either tainted or immune to it all. He also becomes caught up in a private war between Sgt Barnes (Tom Berenger) and Sgt Elias (Willem Dafoe). The realities of war hit him hard and he is a veteran before he knows it! Also stars Forrest Whittaker, John C.McGinley, Reggie Johnson and Kevin Dillon. The story of each character is told throughout the reverse of the 18 cards.

This 1987 classic Vietnam war movie stars Matthew Modine as Private Joker and follows him through basic training to action in the field, all the while growing cynical at what he has to report on. Along the way he meets a host of characters including the brutal Sgt Hartman (Lee Ermey), the trouble Pyle (Vincent D'Onofrio), the aggresive Animal (Adam Baldwin) and the Alabama Blacksnake wielding Eightball (Dorian Harewood).