Sets relating to the Sky Blue side of the city

Here you can find sets created to the Club's silverware collection. All of the players, goals and stats are included. Each set is £5.00 unless stated.

Joe Mercer led Manchester City to their first league title since 1937 with Tony Book as his captain. Neil Young top scored with 19 goals. 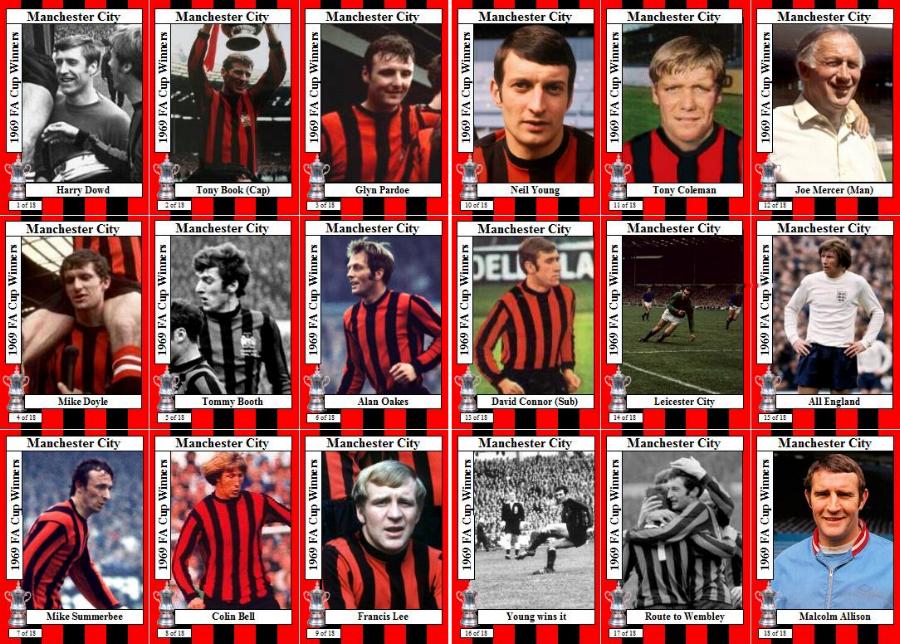 Manchester City faced the perrenial runners up Leicester City and this proved to be their opponents story again as Neil Young hit the goal to give The Blues the cup. 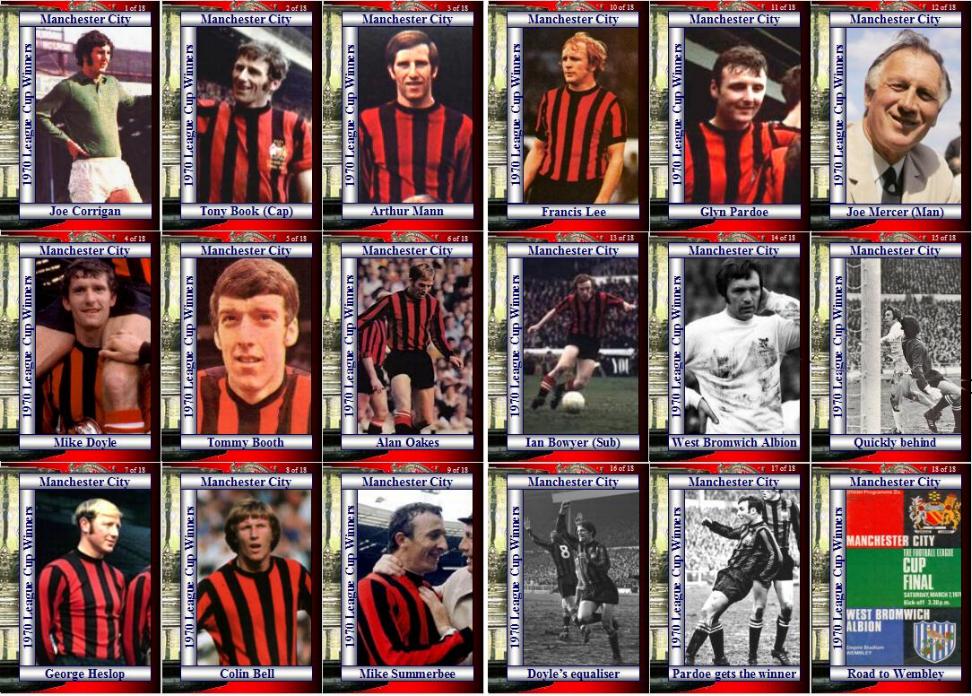 City fell behind early against West Bromwich Albion but goals from Mike Doyle and Glyn Pardoe won the game for them.

Manchester City of England faced Polish side Gornik Zabrze in Vienna, Austria and goals from Neil Young and Francis Lee saw them gain a 2-1 victory. 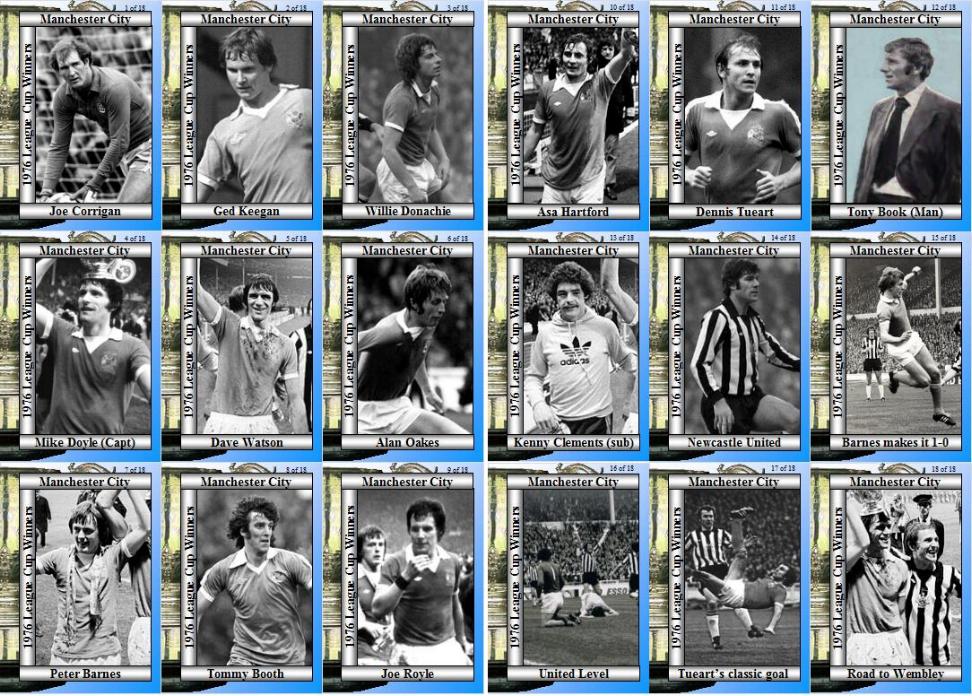 Manchester City Faced Newcastle United in one of the most entertaining finals in the competition. A Peter Barnes strike and a wonder goal from Dennis Tueart won the trophy for Tony Book's men. 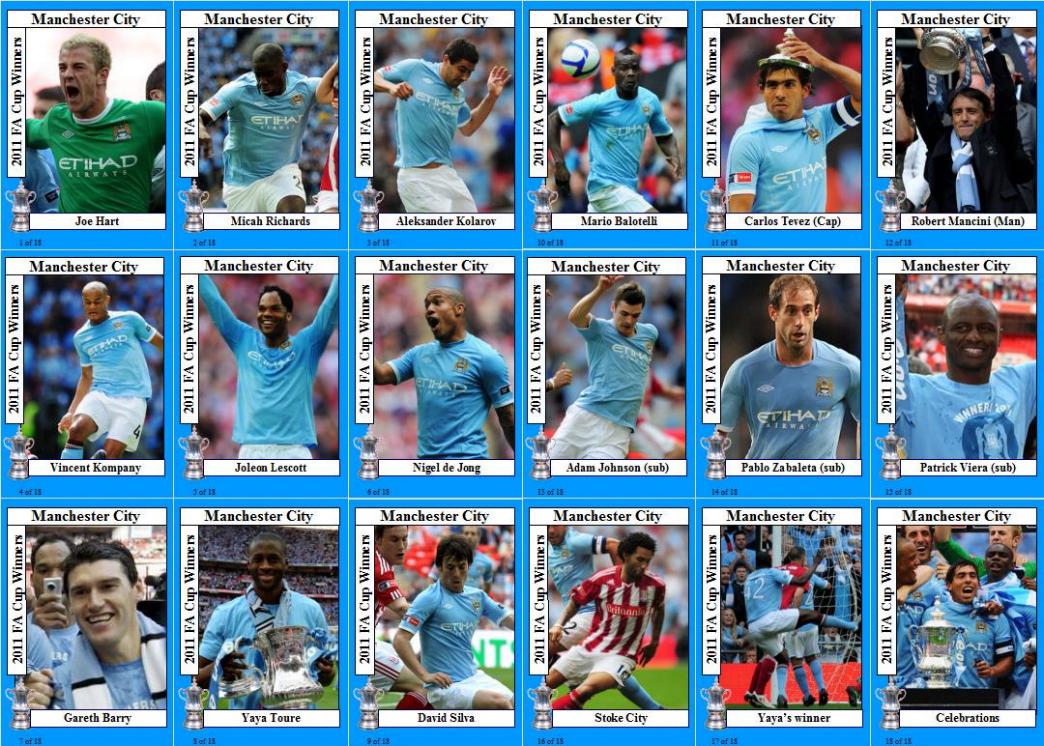 Manchester City proved they were becoming a force in the English game as they beat Stoke City to take the FA Cup trophy with a goal from Yaya Toure. 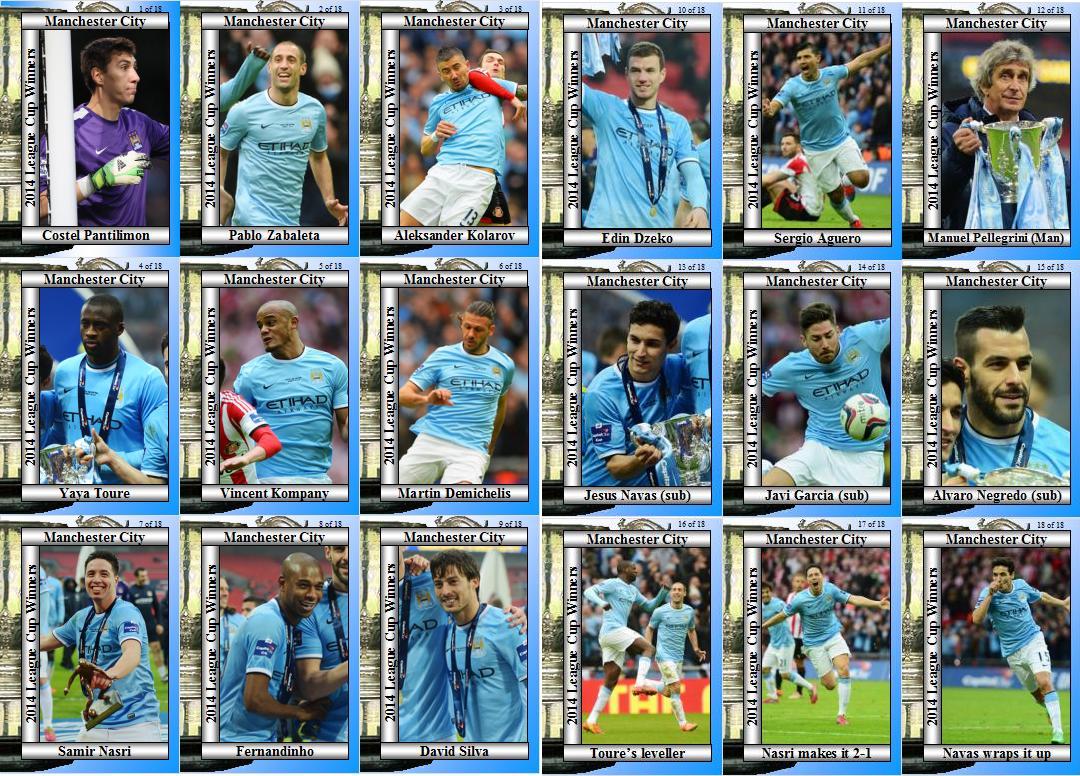 Despite falling behind Manchester City overcame a resiliant Sunderland 3-1 with goals from Yaya Toure, Samir Nasri and Jesus Navas.

Manuel Pellegrini led City to the title with his team captain Vincent Kompany. Yaya Toure was top scorer with 20 goals. 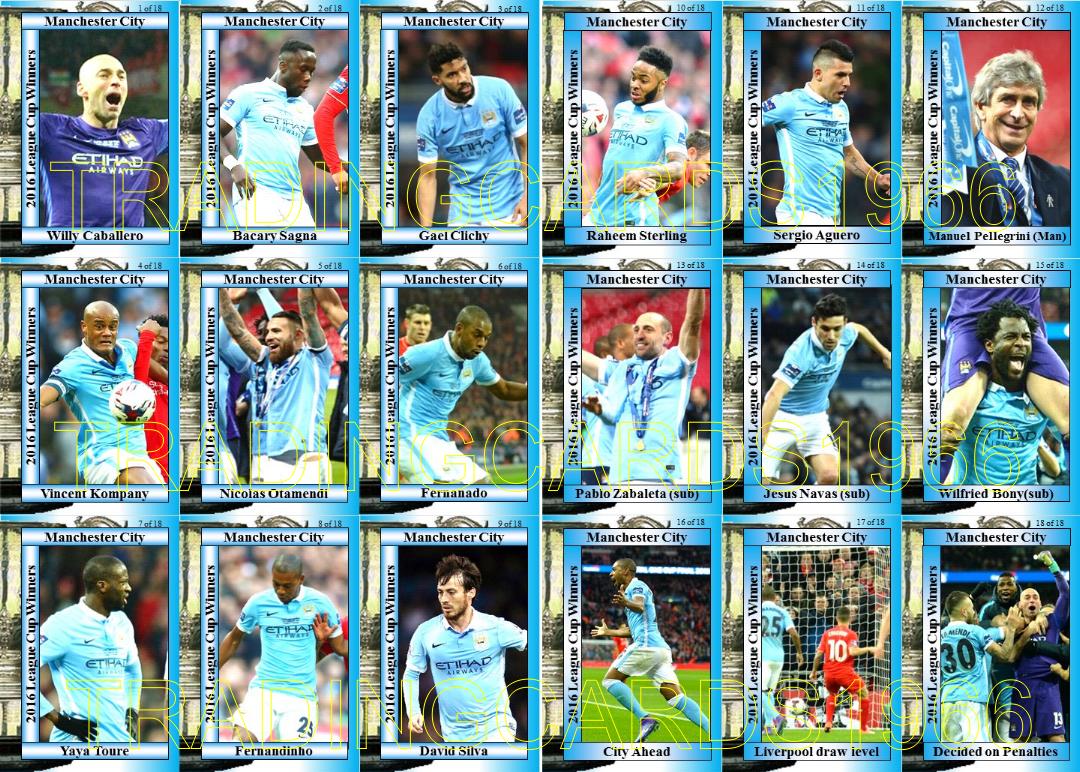 In a close game at Wembley Manchester City faced Liverpool. Fernandinho gave them the lead but they were pegged back in the final stages. Willy Caballero was the hero of the penalty shootout with a series of fine saves to win the trophy for City.

Manchester City proved to be too much for Arsenal and won the final 3-0 with goals from Sergio Aguero, Vincent Kompany and David Silva.

Manchester City faced Chelsea in the 2019 final and a close game was decided by a penalty shootout which saw City retain the trophy.

It was back to back titles for Pep Guardiola and Manchester City. Once again David Villa was acting captain as Sergio Aguero hit 21 goals.

Having already won the Premier League and the League Cup Manchester City became the first team to win the English treble when they beat Watford 6-0 in the FA Cup Final. Goals from Jesus (2) Sterling (2) De Bruyne and Villa saw them equal a record that had stood since 1904.

Manchester City were back for the 3rd time in a row. Here they faced Aston Villa where goals from Sergio Aguero and Rodri gave them a 2-0 lead before Mwamba Samatta scored a consoloation goal in City's 2-1 win.

Manchester City beat Tottenham Hotspur 1-0 with a goal from Aymeric Laporte. It was their 4th triumph in a row and equalled Liverpool's Record of victories from 1981-1984.

Manchester City picked up their 3rd title under Pep Guardiola. Ilkay Gundogan top scored with 18 goals as Fernandinho captained the side.

It was two titles in a row for Pep Guardiola's Manchester City. Fernandinho was the captain as Kevin De Bruyne scored 15 goals.